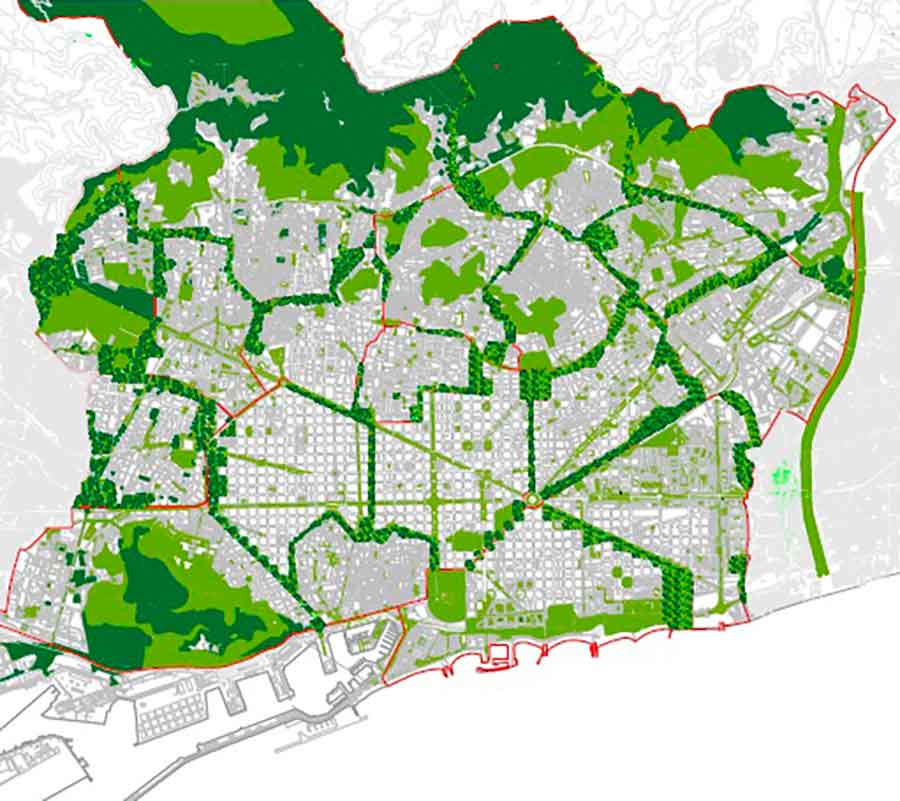 Secondly, to ensure that the global system of cities is restructured with the greatest ecological level, Luis De Garrido suggests that different urban plans of the different towns have the following objectives:

Finally, to ensure the highest possible ecological level of all towns, Luis De Garrido suggests that different urban planning is added in their ordinances (whose objective is to regulate construction and zoning):

Luis De Garrido, in order to realize their ideas, has applied the above parameters in a research project called “Catalonia 2200” which aims to design a new system of cities in Catalonia, and restructure the city Barcelona, to become a federation of self-sufficient urban centers.
Similarly, in their professional activity and taking into account these parameters, Luis De Garrido has designed several ecological and self-sufficient cities, and has made several urban plans for several cities.